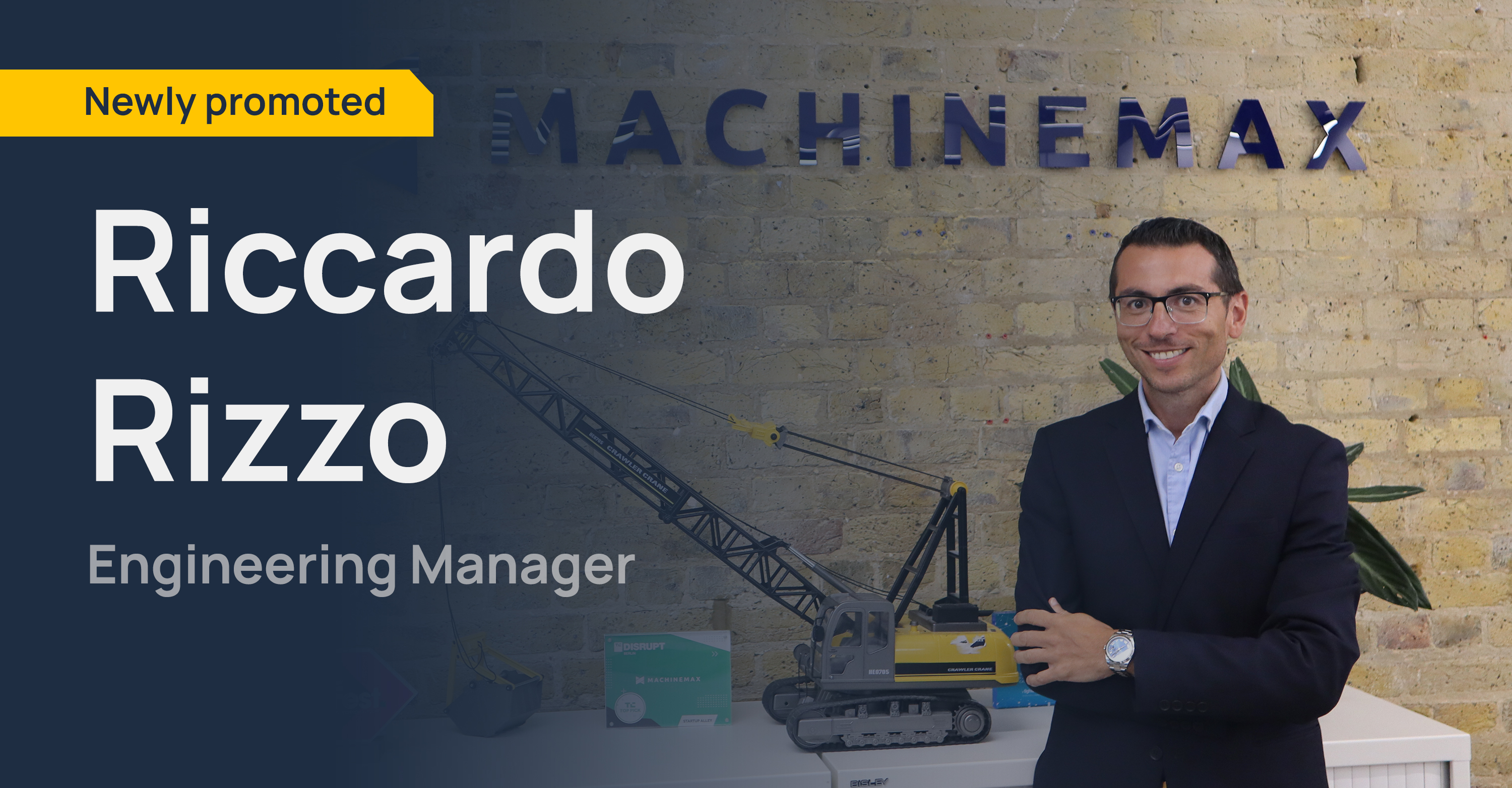 Riccardo Rizzo has gained a wealth of experience within the industry working for numerous technology companies whilst developing his own products within the technology space. Through this he has been able to release 2 well renowned books in the space and after 4 years at MachineMax, he is the newly promoted to Engineering Manager. Read his story here:

Riccardo began his career as a Visual Basic Developer where he developed design, firmware, programming and fleet control technology. He was instrumental in growing the company to where he had a team of 5 engineers beneath him, all while juggling a Computer Engineering Degree.

After graduating Riccardo had ambitions of forming a start-up working with robotics with a vision of creating a security robot to patrol large areas and sent alerts of intrusions, fire, water etc. 15 months later they had created their first prototype of the ‘Crawler Robot’, but due to monetary restrictions, this idea could not be further pursued. However, Riccardo said:

“This experience was brilliant for me, not only for the technologies learned but also because I was exposed on the economical side of a company. Something completely new for me but absolutely important as part of my experience today.”

Following this Riccardo spent 10 years at a security company, and although not tech-based, a large amount of managerial experience was gained during this time. However, this did not deter Riccardo from remaining in the tech space outside of work, Riccardo wrote 2 successful books educating and offering insight into the tech and AI environment, and he was even in first place for an entire week on the best sellers Amazon list in the technology category.

Moreover, in 2014 Riccardo started developing applications with some of the apps gaining 25K downloads, and through this passion, he joined a Californian company (called RoostIt) as an iOS developer, using his capacity to do something worthwhile. Then in 2018 he received a call to join MachineMax. Arriving without expectations Riccardo really loved the product and the people from the outset.

Riccardo joined MachineMax in September 2018, which was right at the start of MachineMax’s development. With a passion for product development and engineering, Riccardo joined the team as he was dedicated to achieving the vision and growth goals of the company.

Upon joining the team Riccardo said:

“My experience aligned with MachineMax’s vision, from the hardware to the software was absolutely perfect. At MachineMax I’ve met exceptional people, brilliant engineers and very good friends. Working with high-level people has changed my opinions of how a tech company should be run.”

Riccardo joined as an iOS developer, enhancing his skills within a new industry and with new technologies. Although hesitant with his ability to pick up the required skills and understanding within a new industry Riccardo said, “at MachineMax I’ve found people that have always believed in me, especially when I did not believe in myself, which has helped propel my career.”

From there Riccardo built the skills and confidence to become a Front-End Engineer, to now becoming the newly promoted Engineering Manager with a team of engineers below him guiding them through their careers. This was capable through the support of the team and his dedication to the role.

Riccardo and his team are currently working on building and developing the MachineMax product and software, whilst prioritising autonomy for the benefit of the customer and the company as we continue to scale as a business.

“Businesses are changing at the speed of light and so we. Our vision is to build “the cloud" platform for any machine in the world and to achieve this we have to be ready to accept the changes that we will encounter. Moving from a hardware-centric company to a data-centric company will be a challenge for everyone but if we keep moving fast, innovate and re-iterate, I’m sure that we will be ready for what we want to achieve.

When discussing life outside of work Riccardo said:

“My family is the most important part of my life. I feel lucky to have my family with me every day, and I love any moment I spend with them. We have a young daughter that is the most curious kid in the world, she always wants to learn something new and is always ready to try new things.

In my spare time, I am an avid reader and I love broadening my knowledge and skills, with an objective to read at least 15 books every year. I also follow many courses online to keep myself updated with the latest technology.”